For architecture, PPA improvements of NoCs are targeted. We proposed an architecture-technology co-optimization of NoC routers. The resulting pseudo-mesochronous architecture enables up to 2.25x better latency, 2x better throughput, and 41% reduced dynamic power consumption in case studies. Furthermore, HTI proposed novel network architectures that improve latency by up to 50%, throughput by up to 50%, area by up to 60% and power by up to 21%.

System-level optimization is required to improve parameters at a large scale. HTI contributed an optimization, in which the locations of components, routers and vertical links are determined from an application model and technology parameters. In conventional methods, the two inputs are accounted for separately; HTI defined an integrated problem that considers both application model and technology parameters. HTI contributed a heuristic by proposing design steps, which are based on separation of intralayer and interlayer communication. In 3D Vision SoC case studies HTI achieved up to 19% reduced white space and up to 12% better network performance in comparison to conventional approaches. 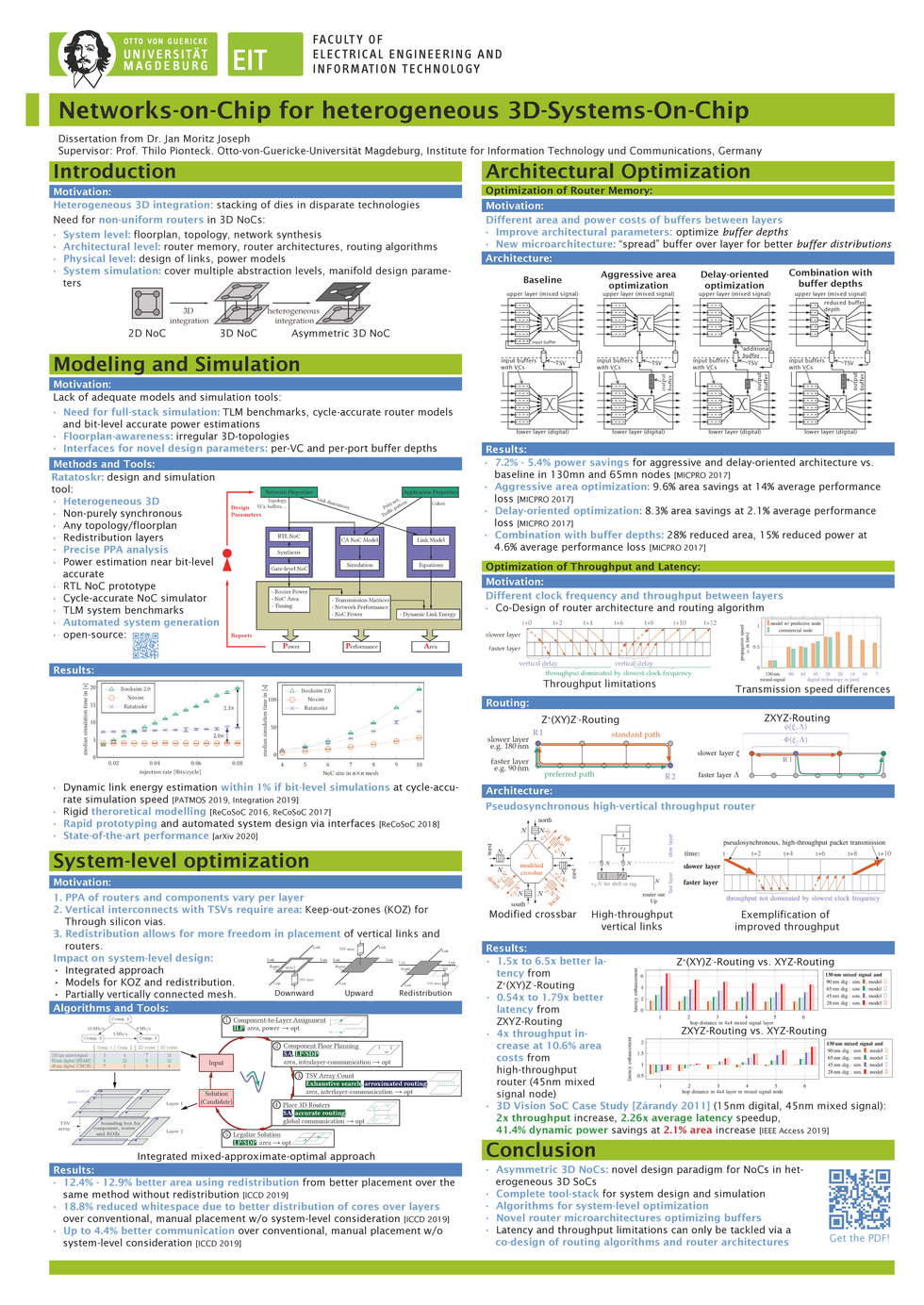